skip to main | skip to sidebar

I don't know if having the SERBC in your backyard helps much because we are definitely pushing the limits on practicing and getting our stuff together. If anything, it'll be great to sleep in my own bed at night and know where the nearest whole foods and target is. I think I am spending way too much time(and money) in these two places as I prepare for competition. I'm convinced Target has some mind control stuff going on in that place. I swear I can't walk out of there without spending at least $20, even if I'm just going in for sponges.

I finally have a signature drink. Crystal's has been finalized. Josh has his together, too. I think this has been the hardest part for me this year, and I still have yet to tackle the time aspect of creating it within my given 15 minutes. Patience, grasshopper.

In other news, lately I've been working with Brick Store Pub's new spot Leon's Full Service. For those of you unfamiliar with BSP, it's a local beer institution, known for their massive Belgian beer selection, great staff, and awesome pub food. The owners are opening up a new restaurant, Leon's, just around the corner from BSP. It's going to have a bigger emphasis on food, but no worries, their beverage selection is on point. It's rare here in Atlanta to see restaurants putting as much effort as Leon's is into their coffee program. They have a 2-group Linea, a Super Jolly grinder, and a cirqua water filter system! The boys over at Counter Culture have hooked up Leon's well.

On top of that, the owners have pulled me in to do some extra training with the staff before their opening this week. They have a knack for highering passionate folks, so it was rather refreshing being in a room with 10 people that all wanted to know how to pull a great shot of espresso. Oh, and did I mention it's only espresso, macchiato, cappuccino, and french press? No skim, no decaf. It is what it is.

I love being able to walk into a cafe, restaurant, or any business really that is passionate about what they do. I don't doubt anyone's commitment to their business, especially if they've taken the time to open it in the first place, however, it's quite noticable where people's hearts lie when it comes to the food industry. When you walk into Leon's or BSP, you'll notice it, too. It's in the quality of food, the honest staff, the clean environment... and it's great to know that the people behind it all are good people, too. At the least, it's an encouraging remark on why I stay in Atlanta. There are good people here doing good things. Making good food. Good drinks. Thank you.
yours truly, danielle (atl) No comments: 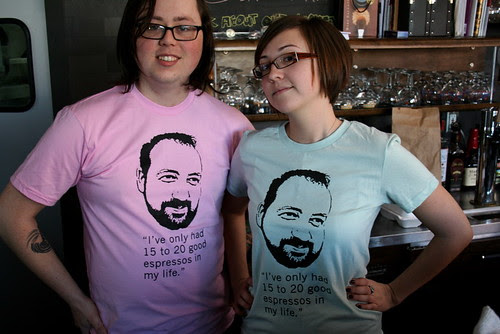 this started off as a joke.... LATimes article posted on twitter leading to bored night at Octane.
It's Ben's design, and I simply facilitated the t'shirt making. A fantastic collaboration, once again. 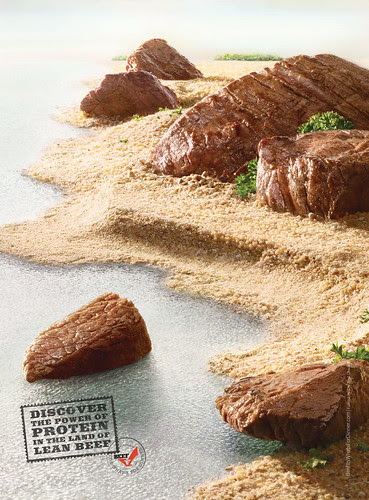 wow.
saw one of these in this month's Gourmet.
Slightly convincing me to embrace meat in my diet again.

in no particular order or category.